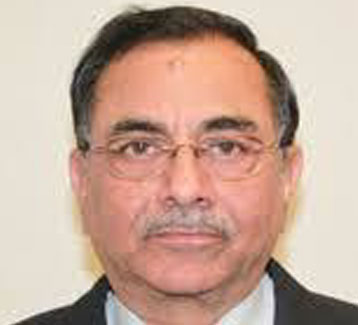 Rajeev joined as the Chief Information Officer of EY India in April 2007 and is now responsible for Middle East and Africa also.

With four decades of rich experience in technology services, Rajeev has managed the Technology function in varied industries like telecom software (Hughes Software / Aricent), electronics manufacturing (HCL Infosystems) and stock exchanges (Delhi Stock Exchange). He started his career with a long stint in the Indian Navy, was holding the rank of Commander at the time of leaving, with significant contributions in the area of warship design and software engineering. His educational qualifications include M.Tech.(Computers) from IIT Kanpur, MBA (IGNOU), and B.Tech. (Electronics) from IIT-BHU, Varanasi. Rajeev has been invited to speak at various national and international seminars and has won several industry awards.