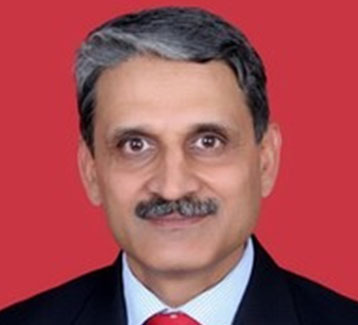 Vikram, is the Deputy Director General, of the COAI. This is India’s leading industry association for Telecom and Broadband issues. In his current assignment, he works extensively on telecom and broadband policy, regulatory compliance aspects. He has close interactions with senior government officials and private sector executives to further augment mobile and broadband service business. He interacts extensively with the ICT industry leadership and senior officials at DoT, MeitY, TRAI and other government offices for regulatory and policy matters. He actively participates in the Joint Working Group on Cyber Security chaired by Deputy National Security Advisor. Is a frequent speaker at Telecom Network Security, Telecom and Broadband workshops / conferences. An active member of Telecom and Broadband Committees of national industry associations – CII, FICCI, Assocham Committees.

He actively participates in all International Workshops / conferences being conducted by ITU, APT etc. He is a Member of the Board of Directors of Global Certification Forum (GCF). He was the Chief Regulatory Relations (CRO), with TATA Teleservices Limited from 2008-10. Earlier he was with the Confederation of Indian Industry (CII) as their Chief Information Officer (CIO) for three years (2005 – 2008). Prior to that, he served in the communications arm (Signals) of the Indian Army (for a tenure of 24 years), from where he took voluntary retirement in 2005 in the rank of Colonel. Vikram did his Masters in Technology from the IIT Kharagpur in Electronics and Communication Engineering with a specialization in Microwave Eng.