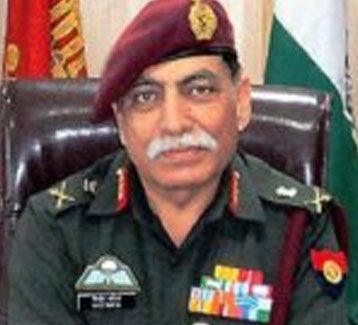 Lt Gen Vinod Bhatia, PVSM, AVSM, SM, (Retd), Director CENJOWS superannuated after 40 years of distinguished service in the Army as the Director General Military Operations (DGMO), one of the most important functionaries of the Army. As the DGMO, he was directly responsible for talks with his counterpart in Pakistan to ensure sustained ceasefire, a first of its kind and was much appreciated by the National Polity. His advisory skills in strategic arena have played an inseparable part in designing and implementing numerous policies for the Indian Army. He was instrumental in giving the much needed focus to capability development and capacity enhancement along our Northern borders and effective management of the Line of Actual Control (LAC) and the LC.

He has wide ranging experience in command, staff and instructional appointments. His higher command assignments include that of Mountain Brigade in North Bengal, Infantry Division on the Line of Control and an operational Corps along the India – China border. His operational experience is varied, as he has actively been part of OPs Rakshak, Vijay, Rhino, Hifazat, Orchid, Falcon, All Clear and Cactus (Maldives). The General has also vast experience in Disaster Management.

Lt General Vinod Bhatia was The Colonel of The Parachute Regiment from 01 Dec 2010 to 28 Feb 2014, a period which saw the growth of the Special Forces of India enhancing their Operational capabilities. He was also the Co-chair of The India- US Executive Steering Group on Defence Cooperation.