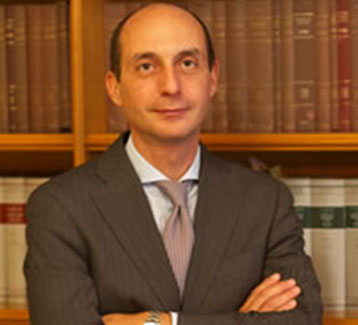 Alessandro Palmigiano is the principal partner of the firm together with his father.
He graduated from the Faculty of Law of the University of Palermo with first class honours and has been a member of the Bar of Palermo since 1996, specialising in civil and commercial law.

His practice has become increasingly specialised in consumer protection litigation and many of the cases litigated by him have attracted media interest. He is frequently called upon to write, comment and give his opinion to the Italian media and is also frequently published and commented upon in the principal Italian legal publications and journals. He currently provides commercial legal advice to public entities, enterprises, multinationals and insurance companies, in particular with respect to out of court settlements.

Within the Firm he has the role of principal supervisory partner, delegating personally the work of the Firm, working closely with, co-ordinating and reviewing the activities of his colleagues. His further tittles and appointments are as follows:

He lectures on post-graduate master courses and is frequently a guest lecturer for various university courses and seminars, on issues related to civil and commercial law and the statutory rights of individuals.

He has spoken at many national and international conferences and is the author of scientific articles and publications.