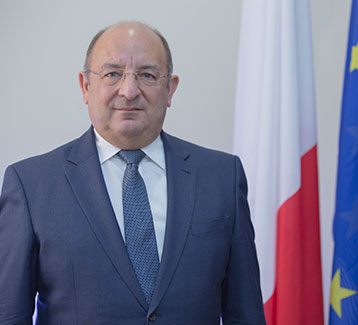 Hon. Michael Farrugia graduated as a medical doctor in 1982 and is specialised in family medicine. He worked as a general practitioner first in the NHS and then in the private sector. He was an active volunteer in the sports sector and more recently in the culture sector.

Hon. Michael Farrugia was first elected as a member of parliament in 1992 and in all subsequent elections.

He also served as Minister of Health, Elderly Care and Family Affairs during 1996 and 1998.

Between 2013 and 2014 was Parliamentary Secretary in the Office of the Prime Minister, responsible for Planning and Simplification of Administrative Processes.

From 2014 till 2017, Hon Michael Farrugia was Minister for the Family and Social Solidarity, where he was responsible for Families, Children, The Elderly, persons with Disability, Social Housing, Social Welfare, Social Services and other social related matters.

Hon. Farrugia was also a member of the parliamentary delegation to the Council of Europe and an active member of its Social Affairs Committee. Between 1998 and 2011, he served in the Maltese Parliament’s Social Affairs Committee and was a Labour Party representative in the Parliament’s Select Committee on IVF. For a number of years Hon. Farrugia was an active member of the European Health Academy, a think-tank group.

Throughout the years in opposition, Hon. Farrugia served as Main Spokesperson for Health, Elderly Care, Social Security, Social Welfare, Housing, ETC, Cooperatives, Consumers, Communications, IT and the Sustainable Development of the North of Malta.