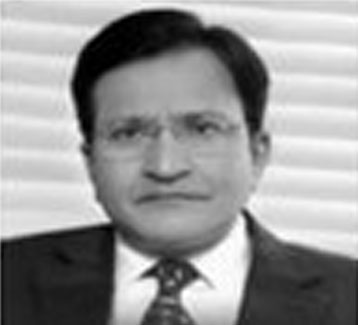 Recruited into the prestigious Indian Administrative Service through a national competition in 1982, Raghav Chandra is a career civil servant who has an interest in writing about environment, economic and public administration issues. He has Masters Degrees in Mathematics and Public Administration from Delhi University and Harvard respectively. He has recently authored SCENT OF A GAME, a mystery-drama that vividly unravels the larger issues of tiger poaching/management/conservation and the need to seek redemption by protecting animal life.

As a civil servant he has worked both in the Indian State of Madhya Pradesh and for the Government of the Union of India, in a diverse range of areas—law and justice enforcement, tribal development, industrial/housing/urban/infrastructure/cultural development and financial administration/management.

Later, as Joint Secretary Highways, in the Ministry of Road Transport and Highways, he orchestrated the Project preparation, PPAC/Cabinet approval and award of national highway road projects of a stupendous 8000 Km, the highest ever level of projects to be signed in a single year.

As Additional Secretary & Financial Advisor for the Ministry of Agriculture & Cooperation, Animal Husbandry/Dairying/Fisheries and the Department of Culture he has contributed by motivating and guiding judicious spending while ensuring that all development activities are able to be backed with suitable funds.

Apart from the Master’s degree in Public Administration from Harvard, he has done Executive Management courses from Columbia University, USA, the Judge Business School, Cambridge, UK , the Indian School of Business, Hyderabad, the IIMs of Ahmedabad and Bangalore.

In the past, he has been published in several reputed social and economic journals. He has earlier conceptualized the creation of the social media website: scratchmysoul.com. He has written a Case Study for the Cambridge University on the Indian Highways Sector. He plays badminton and golf and swims occasionally. His other interests are wildlife, cinema and reading.SCENT OF A GAME,has recently been published by Rupa.