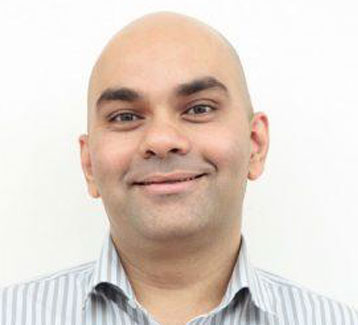 Rajnesh Singh is Regional Director of the Asia-Pacific Regional Bureau at the Internet Society where he oversees projects, initiatives and activities across the Internet Society’s functional and programmatic areas in the Asia and Pacific region, including Public Policy, Capacity Building and Internet Standards and Technology.

Prior to joining the Internet Society, Rajnesh played founding and leading roles in several technology and private equity investment firms, and still maintains varied business interests. In his professional capacity, Rajnesh has consulted on communications & power infrastructure, project management and business strategy for medium to large companies and organisations in the Asia-Pacific region. He has also held advisory roles across multiple sectors ranging from governmental organisations to sporting organisations and the private sector.

Rajnesh has worked extensively with the Asia-Pacific Internet community, and has held several leadership roles, including Founding Chair of ICANN’s Asia Pacific Regional At-Large Organisation (APRALO) and Chair of the Pacific Islands Chapter of the Internet Society. He has worked extensively on ICT policy, training and capacity building in the region, including delivering programmes for UN agencies.

Rajnesh speaks multiple languages and is based in Singapore.