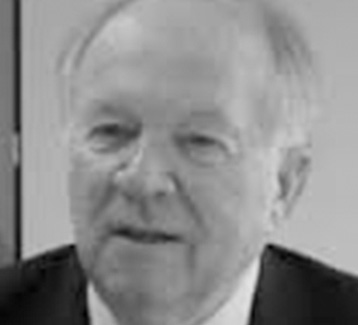 Stein Schjolberg was an extraordinary Court of Appeal Judge in Norway from 2010 until August 1, 2013, when he retired. He was appointed as a Judge in 1984 and as the Chief Judge of Moss Tingrett Court from 1994-2010. Until 1984 he served as a prosecutor and Assistant Commissioner of Police in Oslo.

Judge Schjolberg is an international expert on cybercrime, and one of the founders of the global harmonization on computer crime legislation. He was a Fulbright-Hays Scholar at Stanford Research Institute (SRI International) in 1981-1982. In cooperation with INTERPOL he organized the First INTERPOL Training Seminar for Investigators of Computer Crime in Paris, 1981. Judge Schjolberg has served as an expert on cybercrime for several international institutions.

He has published widely on computer crime and cybercrime legislation, in addition to court technology issues. He was appointed by the National Center for State Courts, United States, as a member of the International Think Tank on Global Court Technology in 1999-2001.

Judge Schjolberg was in 2007-2008 appointed by ITU in Geneva as the Chairman of the global High-Level Experts Group (HLEG) on cybersecurity, including almost 100 experts from around the world. The HLEG published two reports in 2008, The Chairman´s Report and the Global Strategic Report on Cybersecurity. Judge Schjolberg was awarded the ITU Silver Medal, in recognition of his contribution as the Chairman of the HLEG.

A proposal for A Geneva Convention or Declaration for Cyberspace was published in October 2016 by Professor Solange Ghernaouti, University of Lausanne, and Judge Stein Schjolberg, Norway.
See VFAC Review issue 12, 2016, Korean Institute of Criminology, https://eng.kic.re.kr

Judge Schjolberg was a delegate at the INTERPOL Global Cybercrime Expert Group Meeting in Singapore July 5-7, 2017.
He made a proposal for A Geneva Declaration for Cyberspace at the 11th Pan-European Conference on International Relations, September 13-16, 2017, in Barcelona.