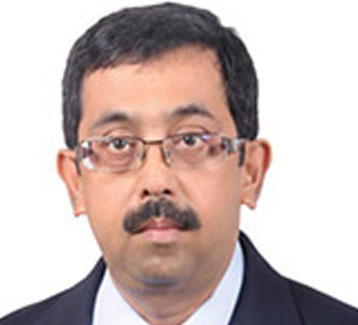 Suraj has worked in the development sector since 1993 at progressively senior levels (nearly 15 years with the UN) in design and implementation of programmes on governance, women’s leadership and human development, policy dialogue on rights-based development with governments, and UN coordination in India and South Asia. His portfolio covers programme leadership, policy advocacy and coordination with UN agencies, bilateral donors and governments. He has built partnerships on human development and governance with national governments (including national and state level election commissions and forums of parliamentarians and legislators) in South Asia.

Prior to joining Neeti Foundation he was with UN Women South Asia Regional Office (November 2010 till 31 July 2013) in Delhi where he managed the Regional Programme “Promoting Women’s Political Leadership and Gender Responsive Governance in South Asia”, covering 5 countries (India, Bangladesh, Bhutan, Nepal and Pakistan). In India we covered 65,000 elected women representatives in 16 districts in 5 states, to promote leadership skills, including understanding of electoral processes, effective campaigning, resource mobilization and dialogue with election authorities, including State Election Commissions. Since September 1997, after completing a visiting fellowship at Stanford University Meyer Center, I have worked with UNDP Cambodia on their Human Development Report, as the author of the chapter on Inequality and Regional Disparity

A significant part of his career and professional development has been in the area of human development, beginning with the Madhya Pradesh Human Development Report – globally the first sub-national HDR (Sofia being the first City HDR in 1998). I worked with UNDP from September 1997 till January 2008 on its successful foray into State HDRs and follow up to build capacity for translating HD analysis into action. His current research focuses on “Public Policy Instruments for Governance Reform- Lessons from State level initiatives in India”. He would look at the experience of the Governance and HDR Projects in India and make a case for building capacity at the grassroots level to generate demand and public pressure – so that the political will to improve governance can be sustained.