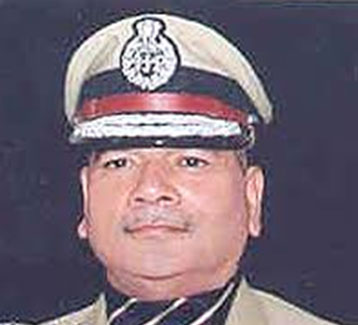 Dr. Vikram Singh is an Indian educationist and retired Indian Police Service (IPS) officer. He joined the IPS in 1974, and held the post of Director General of Police in the state of Uttar Pradesh during the period June 2007 – September 2009.He retired from the IPS in May, 2010.

He completed M.Sc from Allahabad university in 1972 and Ph.D (Ecology) from Kumaon university in 1990. During his service, he has twice received President’s police Medal for his long distinguished and meritorious services.

He has also authored two books; one entitled “Ecosystems of Central Himalayas” and the other one on “Human Rights and Police” (NHRC Award Winner).

Presently, Dr. Vikram Singh is heading the Noida International University – NIU (PlotNo.1, Sector 17-A, Yamuna Expressway, Gautam Budh Nagar, U.P.), as Vice Chancellor. He is involved in taking Graduate and Postgraduate classes in Management, Law and Environment and Guiding PhD work of several students. Some of his lectures are on YouTube and on Noida International University web Site (www.edu.ac.in)

Dr.Vikram Singh has been closely associated with Swami Ram Krishna’s and Swami Vivekananda’s philosophy and movement since his childhood (more than four decades).

He is Member of the Management Committee of the Ram Krishna Math, Lucknow, U.P.,for the last fifteen years.

Vikram Singh was born on May 22, 1950 to Markandeya Singh and Lakshmi Devi.

Vikram Singh is a pioneer in the use of technology in policing. He not only used the concepts of electronic surveillance and I.T. solutions to control crime and handle law and order, but was instrumental in coaching and mentoring a generation of Police and administrative officers, in these subjects, being a resource person for Central and State Police Academies, Administrative Staff Colleges, I.I.M’s and I.I.T.’s.

He gave elaborate orders as Director General, of U.P. Police on most aspects of policing, like inspections, parades, investigation work, use of technology, crime control, law and order etc. which have been compiled and used extensively as reference material for day-to-day functioning and research projects.

He is guiding research scholars on subjects like Left Wing Extremism, Law and Order, National Security with special reference to Internal Security, use of I.E.D.’s by Anti-National elements, etc.